We are open for Dermatology and Cosmetic Services! 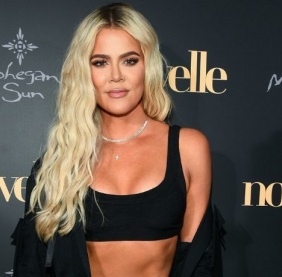 Khloe Kardashian appears to be clapping back at accusations about the origins of her full lips in a new Instagram post. In a series of pictures and a video, the Revenge Body host’s sultry pout is on full display, and she seems to be very pleased with the way it looks. In the video, she sends a couple of air kisses the camera’s way, which is the clearest indication that she wants to send a message to the people who criticized her lips in one of her earlier posts.

As The Inquisitr previously reported, Khloe got a lot of negative comments about her pout a couple of weeks ago after she posted some selfies. The post was meant to promote skin treatments that she got at the Skin Thesis clinic in West Hollywood, but many of the commenters zeroed in on her lips and said that they looked noticeably bigger. Several commenters accused her of getting lip filler and insisted that she’d gone overboard with it.

The comments on that post are currently off, a sign that the Keeping Up with the Kardashians star wasn’t too happy about what people were saying.

“No question about it, she’s had a lot of filler injected,” said Dr. Bruce E. Katz, Director of the JUVA Skin & Laser Center in New York City

“It does appear Khloe has augmented her lips with a filler!” he said.

The doctors went on to suggest that the 35-year-old mother of one may have gotten Juvederm Volbella or Restylane Silk injected into her lips, as these are the common choices made by women getting this procedure.

“They’re both very similar, they’re both hyaluronic acid and they’re both really designed for the lips,” Dr. Katz added. “They’re just made by two different companies but essentially identical in terms of composition, longevity of effect, the actual aesthetic benefit, etc.”

This is hardly the first time that Khloe has been accused of augmenting her lips. As W Magazine reports, during the lead up to the premiere of KUWTK last year, she blamed fuller lips on the fact that she was pregnant with her daughter True Thompson during filming.

As for these new accusations, it appears that her only response will be pouty posts on Instagram, and perhaps turning off the comments when the negativity gets too overwhelming.

Reach out and set up an in-person consultation with an expert member of our cosmetic dermatological staff to learn more about what JUVA Skin & Laser Center can do for you!